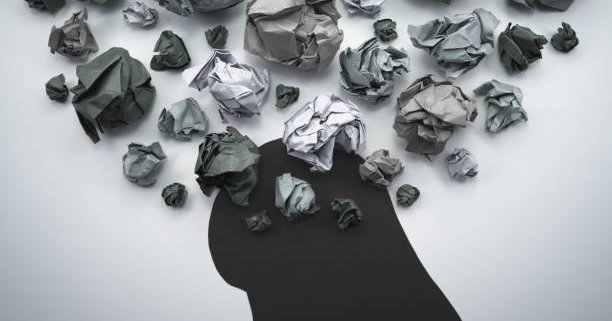 There are three levels of the mind model – conscious, subconscious, and unconscious.

Subconscious is defined as the reactions and actions we realised when we think of it.

Unconscious is defined as the deep recesses of our past and memories.

Contrary to the conscious mind, where we can and readily acknowledge feelings and cognition, we define unconscious as a deeper mental process. Scientists have agreed that it’s difficult and almost impossible to measure unconscious mind events because it’s not a neuroanatomical structure.

The unconscious is a process that happens automatically. Human’s conscious thoughts can’t examine this process because it occurs underneath the conscious awareness. However, researchers have hypothesised that the unconscious affects human behaviour.

According to Freud, the unconscious stores all repressed thoughts and feelings. These thoughts and feelings can manifest in both everyday and unexpected situations, often caused by a trigger. For instance, suppressed hatred towards one’s father’s alcoholism can be triggered by the smell of liquor.

Examples of unconscious events include suppressed feelings, auto reactions, complexes, and concealed phobias. Historically, feelings, thoughts, and responses that are outside of a human’s consciousness were attributed to a divine’s role in dictating a motive or action.

The most common example of unconscious behavior is the Freudian Slip. It’s a phenomenon where a person makes a memory or a verbal mistake e.g. calling a spouse’s name by the ex’s name or using the wrong word for something.

Listeners often interpret these mistakes as the speaker’s hidden emotions. Even though they are seen as accidental, Freud believed it reveals more than what it seems. Supposedly, the slips show a much deeper and more real secret thoughts and feelings a person holds.

There have been some studies conducted to find the correlation between these verbal and memory mistakes to the unconscious. It’s theorised that the more suppressed thoughts and feelings a person has, the more likely he or she to commit verbal errors.

Another example, though more complex than a Freudian slip, is internalised racism. Psychologists and mental health professionals believe that even if we’re consciously against racist ideology, everyone is likely to have some conditioned  internalised racism.

It’s an unsettling thought, but by understanding and exploring our cultural make-up and upbringing, we might be able to confront racist conditioning. Conditioning is an essential factor in analysing to know where our unconscious behaviours stem from.

The subconscious mind is a secondary mind system that regulates everything in our life. In psychological terms, we define subconscious as the part of our mind that is not currently in focal awareness. In simpler terms, it’s the barrier our mind makes because the brain is continually receiving information through our senses.

However, this barrier is not blocking everything. It stores the information in the brain for later retrieval. You may have heard the saying that our mind forgets nothing. The subconscious acts as a filter, so we’re not overloaded with stimuli from our environment.

Other examples of the subconscious are subconscious memory or automatic skills. Pianists or typists don’t have to look at the piano keys or keyboard to know where the keys are. Automatic skill started as a learned skill, but as we repeat the movement, the executive function fades over time.

We may assume that finding happiness is good, but the change that we need to make to achieve that happiness may cause us fear and pain. Fear and pain are not necessarily bad, but our subconscious may tell us otherwise and thus deterring us from making that leap.

The difference between unconscious and subconscious

You can derive the subconscious through introspection that you can likely identify your behaviour subconsciously, motivation, or impulse. The unconscious can’t be, for lack of a better word, “summoned.” For example, it would be much harder to derive or determine the point of origin for your deep-seated phobia, but you can easily alter the way you breathe.

It’s not uncommon for some to use the terms interchangeably because of their subtle differences. One of the easiest ways to understand them is by imagining an iceberg. What is visible is the conscious, while what lies below and deeper are the subconscious and unconscious.

An iceberg is larger than what the naked eyes can see when the entire structure is taken together. However, both the tip and what’s below exist more than what is noticeable. As much as the unconscious is not available to introspection, it’s possible to find its origin with the help of mental health professionals.

The study of the human psyche is interesting, both to professionals and layman. Understanding the unconscious vs subconscious can help us navigate our emotions and reactions better. When we can find the anchor of how we think and behave to what our brain has experienced, it may allow us to have better and healthy consciousness.

In our world of creating a diverse and inclusive society and workplace, it is critical and important for us to understand how we make decisions and judgement consciously, subconsciously, or unconsciously. At the end of the day, you are fully aware that there are too many types of diversity that could affect our decisions. Awareness is our first line of defence against discriminations and prejudice.